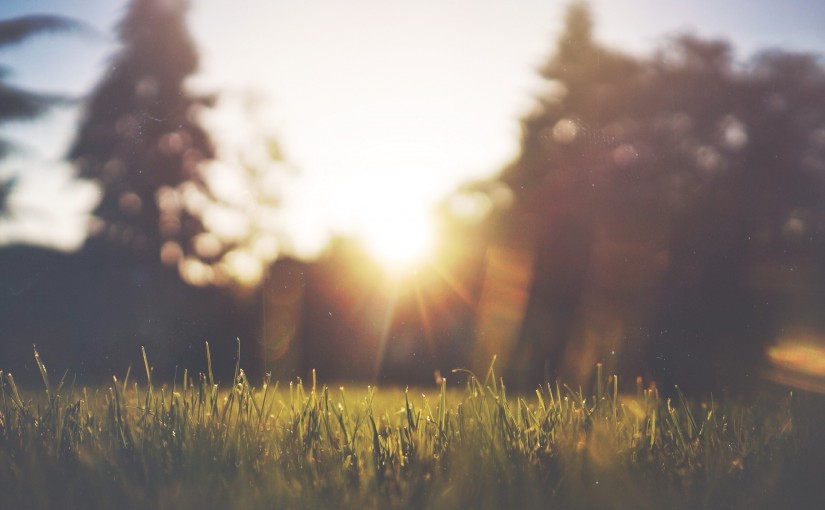 Some years ago, I got involved with the high school youth ministry at the church I was a part of, and very quickly I came to care for a number of students, one girl in particular.

I’ll never forget the Friday night that this girl called me up and told me that she had gone to bed early under the guise of reading her book because her mom was drunk and she didn’t want to be around for the hurtful words that were going to spew from her mother’s mouth if she stuck around. As the son of an addict, it broke my heart, and I quickly came to care for this girl. I knew her pain.

Nevertheless, through a series of misunderstandings and miscommunications, my relationship with this girl was severed. I pushed for answers. I wanted reconciliation, but got nothing except the angry and protective rants of this girl’s father. He would have none of it.

I knew the history of this family. I knew that they had once been close with another family in our church, and that when the fathers had collaborated to do something about the alcoholism of this girl’s mother, the mother had found out through an intercepted text and slandered the father of the other family, saying that he had made a pass at her. The relationship rotted as the church leaders did nothing.

Still, I pressed on. I cared about this girl, and I wanted to be reconciled to her and her family.

This went on for about a year, and after a conversation with this girl’s father, I believed that the day had finally come where we could have a meeting with her and her father that would clear the air of the many misunderstandings and miscommunications that had destroyed our relationship.

I knew about the mother’s alcoholism. I was a threat. I should have known better.

When I showed up for the meeting, it quickly became apparent to me that this was not a meeting that had reconciliation as its goal. This girl and her family had brought others into the meeting (including this girl’s mother), people with whom I didn’t even know I had any issues, to form a miniature lynch mob.

The meeting got underway, led by a pastor who had just learned of the conflict for the very first time from this girl’s father, and it quickly became apparent that what he had learned had tainted his view of the situation.

He asked us what we would like to do, and that’s when it came. The first murmur of the words “crucify him,” and it was soon evident that there was never any goal of reconciliation at all. The mob grew louder, and the verdict was handed down.

I was asked not to return to a church I had called home for almost half a decade.

This story is wrought with bad decisions and poor leadership on both sides. I wish I could say that I were blameless, but I’m not. I know the terrible choices I made, and looking back, I’d choose differently. But that’s not the point. As I walked away on that cold February afternoon, I was more hurt and torn up than words could ever describe. I felt betrayed. I felt alone. I felt robbed of a sense of home.

I would spend the next two years or so wrestling with the wounds of this conflict: the betrayal I felt from church leaders and mentors, the evil and manipulative intentions of this family and, as I had discovered, of this girl who I’d come to care so much about. Even today, reliving that story darkens my soul.

But then I remember what I learned through this part of my journey with Jesus: the secret to forgiveness.

One of my favorite stores in the entire Bible is that of Joseph (Genesis 37-50). I was a young boy when I first encountered this tale through the animated movie Joseph: King of Dreams. I loved the movie; I loved the story. In particular, I loved the reconciliation that happened at the end of the movie. Joseph’s father and brothers, together with their families, come to live with him in his new home; and although Joseph has been robbed of several years of his life, although he’s been robbed of the chance to see his mother die, or his father grow old, although he’s been robbed of the chance to grow up with his brother Benjamin, he does not retaliate against his brothers, who, by selling him into slavery, had robbed him of so much. Instead, he loves them. He forgives them. It brings tears to my eyes every time I hear (or watch) the story.

Undoubtedly the most grave of the omitted details was the moment Joseph gives the reason he was able to so freely forgive his brothers and thereby be reconciled to them:

“Don’t you see, you planned evil against me but God used those same plans for my good…” (Genesis 50:20, from The Message)

Was this a narrative detail that was added by later redactors, or was this something that Joseph added as he told the story to his kids, and they to their kids, and so on down through the generations of Israel? Although I suspect the latter, we can never really know for sure.

I suspect that Joseph, reflecting back on his story, came to see how God never left him, how God was with him in his pain. As Christians living in an A.D. world, we have an even more powerful illustration of the truth that Joseph saw in his story: Calvary.

Jesus commands us to pray “forgive us our sins, as we forgive those who sin against us.” For many, I suspect this quickly becomes a source of legalistic obligation: to earn my forgiveness, I need to forgive those who’ve hurt me. But that’s not at all what Jesus means here. Quite frankly, I don’t even think that Jesus means that we are to forgive because we’ve been forgiven, because that would make this something of a guilt trip: “Look at how much I’ve forgiven you; now go forgive others.”

I think that in this prayer, Jesus is inviting us to look at the source of our forgiveness, not to see how much we’ve been forgiven and then forgive out of guilt or obligation, but to see something else entirely and from that derive our ability to forgive freely and abundantly.

In the Cross of Calvary, we see not only that God suffers with us (as he did with Joseph), but we see that God is capable of working unthinkable evil for unimaginable good. And that is exactly what God does. If we commit to wrestle with him through our pain, God will work our pain for good. He is the God who works all things for the good of those who remain so committed (Romans 8:28) and nothing is beyond his redemptive reach.

When we look to the source of our forgiveness, we see God working evil for good in our lives and are empowered to forgive in the same way Joseph was. But unlike Joseph and his brothers, reconciliation has not yet happened for me and this girl’s family, or for me and this church. Often, we wait for reconciliation to do our forgiving, but that’s not what happened in Joseph’s story.

Joseph had long been in contemplation about what God was doing in his story, likely from the day he first had the dreams in Genesis 37. From that day, even as Joseph’s brothers bound his hands and sold him to Midianite tradesman, Joseph was asking through his tear stained lips, What is God doing here? How does this get me closer to what I saw in the dream?

Asking that question, What is God doing here?, is the essence of what it means to wrestle with God, and it is by wrestling with God that are empowered to forgive, because we by asking that question, we are given “eyes to see” exactly how God is working and has worked all of the evil done to us for our good.

I have not been reconciled to that girl’s family or to that church. But by wrestling with God through my pain, I am free from the bonds of their actions against me. By asking myself, again and again, What is God doing here?, I came to see exactly how God is working, and has worked, that experience for my good. And because of that, I stand ready for that reconciliation, not because I’m awaiting an apology from them (Joseph never got an apology from his brothers), but because I have seen how God has worked their evil for my good; and I’m free because of it.

Whose sin are you struggling to forgive? What is it that they robbed from you? In what ways is God working and has God worked that pain for your good?

It is my hope and my prayer that you see him in the midst of your pain, and that by wrestling with him, you come to trust him with it.