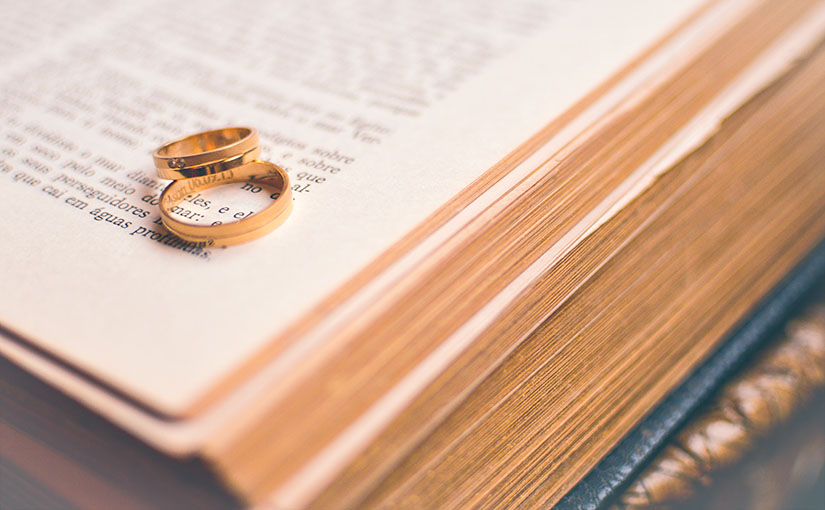 As part of my Christian Ethics class last fall, I had to write a paper on an ethical issue we’d examined during the quarter. Like many of my classmates, I chose the issue of gender roles, and as part of the assignment, I had to interview two of my classmates to better understand their positions through the lens of the Character Ethics grid articulated in Stassen and Gushee’s book, Kingdom Ethics.

What I came to see is that the disagreements I had with my classmates and with authors of some of the books we read for the class stemmed first from our basic conviction about the Bible’s authority, and secondly, from the hermeneutical principle we used to interpret the Bible. So, I took the time last week to write a very long post on what the Bible is and how I interpret it, in which I established that I take a high view of biblical authority.

I also established that I interpret the Bible using what I call a biblical narrative hermeneutic. Simply put, I believe the Bible to be the divinely inspired, true story of God’s redemption of a world that he loves more than we could ever understand. I believe it to be a cohesive story, from Genesis 1 through Revelation 22, and I interpret every bit of the Bible accordingly.

If you disagree with anything I say below, I’m almost positive that it will be on one of those two points, and I would invite you to read last week’s post.

“And He Shall Rule Over You”

In the beginning (whenever that was), God created everything, and our world was perfect, save for one thing: it wasn’t good for man to be alone. So, God creates not just a woman, but a wife for the man, to serve as his helper in the work of tending the garden.

Things go from perfect to catastrophic when Eve is deceived into rebelling against God, and Adam willingly follows suit. Out of their rebellion, from which all of the brokenness in our world is derived, comes a dominant-submissive relationship. “And he shall rule over you.” Literally, “And he shall dominate you.” The wife looks to her husband instead of God for identity (“Your desire shall be for your husband…“), and her husband dominates her. Thus, out of sin, out of that brokenness in our world, a dominant-submissive relationship is born.

Remember when, at the start of this series, I told you that secular feminism was terribly shallow as a philosophy…and that I thought we could find equality between the genders in God…but that because equality based in God isn’t equality on our terms, you might not like all of the ramifications? Yeah…I had this part of the discussion in mind.

“Wives, Submit to Your Husbands”

As we read through the biblical story, things go from bad to worse, but, in an unexpected move, God becomes a man, takes the full weight of human brokenness on his shoulders, dies an excruciating death, and is raised to life, promising not only that he has conquered death, but is actively redeeming our world through the Holy Spirit, leading us ever closer to a world in which pain, suffering, and death itself are no more. But we’re not there yet. And the question remains about how the broken relationship of marriage fits within that redemption.

The dominant-submissive relationship is part of the brokenness in our world, but there is no indication in the biblical story that God intends to undo that relationship. This is where that second passage comes in, the one from which this post gets its title.

“Wives, submit to your husbands.” Not just, “Wives, obey your husbands,” which would be a different word in Greek, but “Wives, submit to your husbands.” Some point out that the word submit implies equality between wife and husband, which is absolutely true, but God is also giving distinct roles to men and women who choose to marry. Some also point out that the word denotes a voluntary action on the part of the woman, which is also true, and will be important when we talk about gender roles in politics and society next week. But much to the disdain of the secular feminist, God is calling women who choose to marry to give up their independence and entrust themselves wholeheartedly to the leadership of their husbands. That word submit conveys more than just obedience; it means a wholehearted trust of her husband, giving him final say in every decision not just for their family, but for her as well.

Yeah…that hair standing up on the back of your neck? I get it. I know, I know. I have a penis, how could I possibly understand? I wrestled with this for three weeks, my soul in agony, because virtually every woman in my life is highly independent, and as I wrestled with this, I was thinking of them at every turn, precisely because I love them. But through that wrestling match, I came to see the beauty in the redemptive vision that God is casting. In the same breath that God says, “Wives, submit to your husbands,” he calls husbands into a very different way of exercising dominion and leadership of their wives: “Husbands, love your wives, as Christ loved the church and gave himself up for her.”

Take the Cross as an example. Because Christians believe that Jesus was God, and that he lived a life of perfect love, his crucifixion was the most heinous, unjust act the world had ever seen. Yet because God, being God, worked Christ’s crucifixion for the forgiveness of the sins of the entire world—past, present, and future—the most heinous, unjust act the world has ever seen was worked for the greatest good the world has ever known. God didn’t undo the evil of the cross; he redeemed it, transforming it from something ugly into something beautiful.

That is exactly what God intends to do with marriage. He does not intend to undo the dominant-submissive relationship born from the sin of our ancestors. He intends to redeem it. When Adam and Eve sinned, their relationship as husband and wife became about power and control. Eve looked to her husband (instead of God) for her sense of identity, and Adam dominated her.

But instead of undoing that dominant-submissive relationship, God intends to redeem it, by calling husbands to a different kind of dominion: one that’s modeled after Christ. At the same time, he’s calling wives to find their identity in the submissive role of Christ (“Wives, submit to your husbands like you do to the Lord…“), who, as God the Son, submitted himself to the leadership of God the Father.

Note, too, that the passage is clear that wives are to entrust themselves only to their own husbands, not to all men. More on that next week. But let’s talk more about the husband’s role for a second.

No where in the biblical accounts of Jesus’s life and ministry did Jesus pull rank, demanding that people do what he says because he’s the Lord of All Creation. No where. Instead of pulling rank, Christ earned the trust of the Church through acts of sacrificial love, the greatest of which is his death on the Cross.

If the biblical story is true (and I believe that it is), then the dominant-submissive relationship born of human rebellion is hardwired into human sexuality (to varying degrees), which means that to be sexually intimate with a person of the opposite sex (as in marriage), husbands and wives must step into these roles. Anything less than that would not be full intimacy. (Check out C.S. Lewis’s book, The Four Loves, for a great example of how this plays out in the context of sex. It certainly looks nothing like our culture’s perceptions of a dominant-submissive sexual relationship; it’s actually much more playful.)

Nevertheless, God recognizes a marriage that is based on power as utterly broken, and he provides a way home for us, a way to step into redemption. God’s vision of progress in marriage stands in stark contrast to that of secular feminism. Secular feminism’s solution to the dominant-submissive relationship born from the sin of our ancestors is to undo it. Secular feminism loathes male leadership, and insists that the only redemptive way forward is for men and women to remain utterly independent, even in marriage. But in doing so, secular feminism hampers true intimacy.

But, I totally get it. If we’re honest with ourselves, isn’t the problem we have with verses like, “Wives, submit to your husbands,” not a problem with the idea of male leadership, but with abuses of that dominant-submissive relationship? In other words, isn’t our real problem not with male leadership in a romantic context, but with how men have exercised that leadership, attempting to control their wives instead of earning their trust through acts of sacrificial love?

Men have sucked at stepping into God’s redemptive action in our world. We’ve failed miserably to follow Christ’s lead and earn the trust of our wives through sacrificial acts of love.

Men need to get a whole lot better at earning the trust of the women we marry through sacrificial acts of love. But at the same time, women need to be willing to give up their independence and allow their suitors to lead them, if they’re interested in marrying a man someday. If they want to remain single, then as we’ll see next week, the biblical story gives no reason to believe that they should relate to men any differently than they do the women in their lives.

I realize that this is probably one of the most difficult topics in the biblical story that women (and men) wrestle with, and I know that I probably  haven’t done the best job that I could in articulating how and why this is redemptive. I sincerely hope that you’ll continue to engage with me in this dialogue by posting questions and concerns in the comments, and I hope you’ll tune in next week as we talk about gender roles in politics and society, which I promise will be a whole lot easier to stomach than this week’s topic was. See you then.