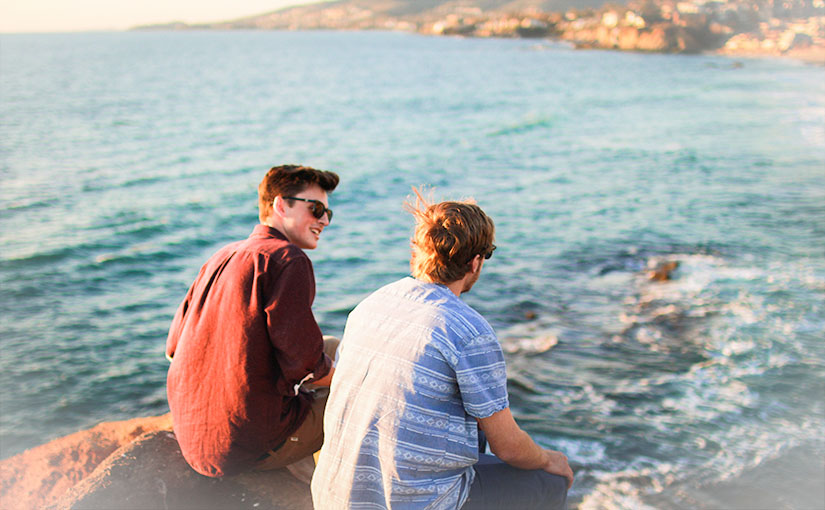 Reconciliation is the Christian practice of renewing our broken world by not playing fair. Peter asks Jesus how many times he should forgive, offering a generous seven times. Jesus responds by telling him it’s seventy times seven. Jesus tells us to turn the other cheek when someone hits us, to go the extra mile, and to give also our cloak to the man who sues us only for our tunic. In laying out the ministry of reconciliation, Jesus is telling us, “Don’t play fair.” It wasn’t fair when the Man who had done no wrong was crushed for our iniquities, but in so doing, he began a ministry of reconciliation. To what end? According to Paul: the new creation.

Yesterday in a group discussion as part of my studies at Fuller Theological Seminary, I presented a case study on a man who was a part of a twenty-somethings ministry that I led until the spring of this year. Controlled by his broken sexuality, he’d sent some inappropriate text messages to several girls in the group. I knew that if he couldn’t own his behavior, I would have to tell him not to come back until he could. I ultimately did have to tell him that, but in so doing, I was having to look my own sin, my own broken sexuality, square in the face, and in setting that boundary with him, it felt as though I were condemning myself. It felt, in a sense, that by setting that boundary with him, I was inviting God’s condemnation of me.

Now, I could draw distinctions between him and me. I’d never gone so far as to blame the women I’ve objectified or the church that they attended. When my broken sexuality translated into behavior, I’d owned it, apologized, and was offered grace. And while that’s all true, the very essence of grace is that it’s not fair. Grace isn’t earned, and that means that living under grace, I don’t get to compare myself to him.

No, I think that feeling I had—that by setting that boundary with this guy, I was inviting God’s condemnation of me—I think that feeling stems from something much deeper. Whenever my pastor teaches on the subject of forgiveness, he brings up the prayer that Jesus taught his disciples to pray (often called the Lord’s prayer), in which the disciples are told to pray, “forgive us our sins as we have forgiven those who sin against us.”

By praying that prayer, thousands upon thousands of Christians down through the centuries of the Church have been asking God to forgive them their sins in the same manner they’ve forgiven those who’ve sinned against them. Without intention, I’d stumbled into the practice of the Lord’s prayer because I know my sin, and because I know my sin, erring on the side of grace has become an interwoven part of the tapestry that defines me. I don’t get to play fair because I know that God hasn’t played fair with me. If he had, I would’ve been wiped from the face of the earth long ago.

Nevertheless, in Matthew 18, Jesus gives us instructions for setting boundaries with those who sin against us. As I mentioned in a post last week, I find it absolutely fascinating that of all the processes and procedures for establishing his Church, the only procedure Jesus spells out for us is reconciliation. He doesn’t tell us how to do communion, how to baptize new believers, what system of church governance we should adopt, or how to choose a new pastor. Jesus knew that church would be messy, and the only procedure he gives us is reconciliation. It’s that important.

According to Jesus, a fundamental part of reconciliation is telling the other person what they did to hurt you and giving them the opportunity to own their behavior so that you might “gain your brother.” Reconciliation is about the restoration of relationship, but the reason Jesus calls us to actually tell the person what they did to wrong us is that by not telling that person, by just forgiving them and letting it go, I’m not actually loving my brother or sister. I’m depriving them of the chance, not only to own their wrong, but to learn from their wrong how to better love. Thus, in choosing to simply forgive and “let it go,” foregoing the ministry of reconciliation, I am, in a way, frustrating the advance of the new creation in him or her. I’m keeping them from experiencing the renewal of our broken world and becoming the loving human being that God always intended them to be.

But I think the reason I’m so tempted to just “let it go” and avoid the hard work of practicing reconciliation is that by fighting for reconciliation, I’m actually opening myself up to even more hurt by that person. Reconciliation invites us into a deeper level of vulnerability with those who’ve hurt us. When we tell someone how they’ve hurt us, they can either own it or deny it. If they deny it, we’re hurt all over again because they’re minimizing the hurt we already feel, but if they own it, then we find ourselves in a deeper space of intimacy with that person and we open ourselves up to being hurt not just seven times, but seventy times seven.

Either way, when we fight for reconciliation, we’re opening ourselves up to more hurt, and that’s scary. It’s not easy. It’s anything but fair. Yet by binding our ministry of reconciliation to the new creation, Paul is saying most emphatically that the Christian practice of reconciliation is inextricably bound up with the renewal of our broken world and the in-breaking Kingdom of God. Reconciliation is not an option for Christians. It’s a must. I get that it’s hard. I get that it’s not fair. But if we’re serious when we pray, “your Kingdom come,” then reconciliation is a practice that all Christians are called to engage in, entrusting whatever hurt we’ve suffered and whatever pain may come to the One who promises that one day he’ll wipe every tear from our eyes.

Because I’ve seen how Christians have abused Matthew 18 in the past, I feel the need to offer two quick caveats. First, you’ll notice that Jesus only tells us to go and talk to our brother (or sister) who sins against us. While I would definitely encourage you to pursue reconciliation with people outside the Christian community, please don’t cite Matthew 18 with that person. If the person you’re pursuing reconciliation with doesn’t consider themselves a Christian, they probably don’t care what Jesus says, so if you cite Matthew 18 and tell them that you’re telling them what they did wrong because Jesus says so, you’re not only making it about you (and violating the heart behind reconciliation), but you’re actually hindering their reconciliation to God by being a religious prick in the name of Jesus. So please don’t.

Second, men, listen up. Please don’t use Matthew 18 as a basis to tell a woman that she’s sinned against you by wearing something that made you lust after her. That’s your problem, dude. If anything, you’re the one who sinned against her. You objectified her. You devalued her as a human being. You offended the Cross of Christ. Adam and Eve were naked in the Garden. If you can’t handle a little skin, you’re actually offended by God’s creation, and that’s your issue, not hers.

Reconciliation is hard. It’s uncomfortable. It definitely isn’t easy. But for those who follow Jesus and claim him as their King, reconciliation is a must. It is the very means by which God’s Kingdom is advanced in this world, and that is no small matter. Don’t neglect it. Trust him with the hurt of your past and the pain that may come. He promises that one day he’ll wipe it all away.