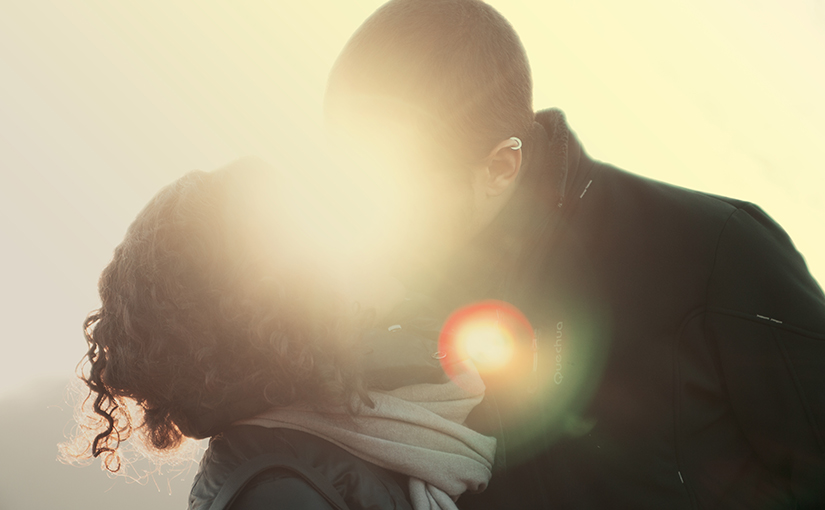 A few weeks back, I took the time to spell out a bit of what it looks like for men and women to cultivate faithfulness to God through our dating habits and practices. In that post, I articulated what God’s best for romantic relationships (as seen in Ephesians 5:22-33) implies for the way we, as the Church, ought to practice dating in our culture.

God’s best for romantic relationships puts the man in the role of pursuer, just as Christ pursued us, and an oft-missed subtlety of the biblical story is that Christ had in mind his marriage to the Church from the very beginning of his ministry. As Tim Keller notes in a sermon he preaches on the Wedding at Cana, when Mary comes to Jesus to tell him that they’ve run out of wine and Jesus responds with, “My hour has not come,” it’s a logical non-sequitor. It doesn’t make sense, unless we understand that like most people at weddings, Jesus is thinking about his wedding to us in that moment—and all that it was going to take to get there (the Cross). Thus, before Jesus’s ministry was really underway, he was thinking about his marriage to us—and that was the goal of his pursuit.

So for men, practicing dating covenantally means that we pursue a woman with marriage in mind, that we commit to pursue her exclusively and to see that pursuit through to wherever it may lead, be it marriage or a lifelong friendship. Our commitment to her as a person, wherever that relationship leads, shifts the focus of pursuit from getting something (sex, a girlfriend, a wife, etc.) to caring more about her than anything you could ever get from her.

Dating Covenantally as a Woman

Simply put, cultivating faithfulness to God in dating, as a woman, as the receiver of male pursuit, means not settling for less than His best. This particular girl who had asked me how she could know had also told me that she wanted to be a mom and wasn’t really interested in a career. For her, part of God’s best is a man who can provide for her and her future family. Thus, what constitutes “His best” will vary slightly from woman to woman, but broadly speaking, it means at least three things.

1. The Relationship Has Marriage as Its Goal

2. He’s Earning Your Trust through Acts of Sacrificial Love

When our ancestors first chose their independence over intimacy with God, they cast us into a state of rebellion and brokenness, and a part of that brokenness was that women would choose to find their identity in a man (instead of in God), and men would dominate or rule over women. (See Genesis 3:16.)

In other words, part of the brokenness in our world (what the Bible calls “sin”) is that romantic relationships were mutilated into relationships of power and control. Instead of loving and cherishing their wives, men tried to control them.

Our Example in Christ

When we read about God’s highest and best for romantic relationships (in Ephesians 5:22-33), we see that in the context of the broader biblical story, God is actually redeeming the brokenness of romantic relationship, not by calling wives to pursue independence (as secular feminism has done), but by calling men to be better men, to pursue women in the same sacrificial way that Christ pursued us.

Christ didn’t flaunt his title. No where in the Gospel narratives does Jesus, the rightful King, pull rank. Instead, he takes off his robe, picks up a rag, and washes the feet of his Bride. Instead, he’s stripped of his clothes, has the flesh ripped from his back, carries a cross to a hilltop, and is pierced in hands, feet, and side. That is how Christ pursues us—not by pulling rank or citing biblical proof texts to show that he really is the rightful King, but by laying down his life to show his Bride just how much he loves us.

Applying this to Covenantal Pursuit for Women

God’s best for romantic relationship calls women to entrust themselves entirely to a man’s leadership—personally, spiritually, and in every other way. But unlike many in the Church, I don’t think we need to do away with dating. In fact, I like dating (awkward though it may be) because instead of thrusting women into a place of total vulnerability with a man like prearranged marriages or courtship, dating allows space for a man to earn a woman’s trust through acts of sacrificial love, in a similar vein to how Christ earned the trust of his Bride, the Church.

The last thing I’ll say on this point is that one of the easiest ways in which a man can earn your trust by “taking up his cross,” so to speak, is to stick around and be your friend when you’ve told him you’re not interested (and not be weird about it). So ladies, look around at the guys you’ve rejected. If one of them stuck around and remained your friend…don’t write it off. Stay open to the possibility of that “spark,” because that’s a man who cares more about you than anything he could ever get from you—that’s a man who’s mirroring Christ.

3. You Feel Completely Comfortable Entrusting Yourself and Your (Future) Family to His Leadership

Good leaders know where they’re going, and it’s even better if they’ve already been there before. This means that if you’re a woman who’s in a relationship with or being pursued by a man, there are a few basic things you can look at to evaluate his leadership, and while I’ve given you a couple of those things below, my list is by no means exhaustive. You should ask friends, mentors, and church leaders for help and really listen to the feedback they give you.

He Invests in Himself as a Leader

Beyond that, look to other things he may be doing to invest in himself as a leader. Is he going to school? For what? Is he enlisted or going to enlist in the military? Is he reading books or listening to podcasts? On what?

Good leaders know how to lead others where they themselves have never gone, but it’s even better if they’ve been there before, and developing yourself as a leader is a great way to enter the uncharted waters before you have to lead your wife or children (or anyone else) through. If you’re in a relationship with or being pursued by a man who’s doing some of these things to invest in himself as a leader, then you’re in good shape.

He Knows Where He’s Going

Does he know where he’s going, and does he have a plan to get there? Because we’re also evaluating spiritual leadership, this plan should include some deference to God and God’s leadership of him. If you’re already in a relationship with him, does this vision and plan for his life take into account what you want? If not, raise it with him, and if he’s unwilling to change his vision and his plan to accommodate you and your desires—if he’s unwilling to love you sacrificially (see above) by putting you first in his vision and his plan—then you’re settling for less than God’s best. But if he knows where he’s going and has a plan to get there, and if that plan takes your desires into account, then you’re in great shape.

How to Address Any Issues with Him

As I mentioned in my post a few weeks back on covenantal pursuit, covenantal pursuit means that we avoid the temptation to flee from the possibility of pain or hurt by committing to see a pursuit through, wherever that may lead. What this means on the woman’s side is that if there are concerns with anything above, you should raise them with your boyfriend or that guy who’s pursuing you. How he responds will tell you more about the kind of man he is than anything I said or could have said above.

If he doesn’t seem to “get it,” or worse, if he tries to turn the blame on you for his failure to live up to anything I’ve described above, then you should lean into your church leaders for help in addressing these issues with him.

But if he responds by changing who he is to become a man who better resembles God’s best for you, he’s a keeper. That is perhaps the biggest act of sacrificial love, and by raising these issues with him and giving him the chance to become even more the man God’s made him to be, you’re not only cultivating faithfulness to God by practicing covenantal pursuit, but you’re making this dark world of contractual relationships just a little brighter.